Classified By: Deputy Chief of Mission Hugo Llorens for reasons 1.4 (b)
and (d).


1. (C) SUMMARY: As we head into the holidays, the polls
continue to suggest a close race in the March general
election, with President Zapatero and the Partido Socialista
Obrero Espanol (PSOE) perhaps enjoying a slight lead over
Mariano Rajoy and the Partido Popular (PP). Recent
conversations with key figures in the leading parties suggest
that when the campaign kicks into high gear in January, both
parties will be emphasizing the economy (with sharply
different views on how it fares). The PSOE will trumpet
itself as the party of social tolerance and environmental
protection. The PP will argue that Zapatero has given too
much ground to regional interests at the expense of Spanish
national unity, has been weak in dealing with ETA, and has
not adequately addressed the immigration issue. We do not
expect foreign policy to be a key issue, although the PSOE
will remind socialist voters that a return of the PP could
mean a return to the pro-U.S. foreign policy of former PP
President Aznar. Both parties think turnout levels will be
the determining factor, since PP voters are widely believed
to be more disciplined and hence could be over-represented if
relatively few people vote on election day. END SUMMARY.

2.(C) Pepe Blanco, Secretary General of the PSOE, acts as
the de-facto party chairman and as the senior political
advisor to Zapatero. Talking to the Ambassador, he compared
this election to a heavy-weight title bout, and claimed the
PP was not really in the fight. Blanco said he had assembled
the finest polling team ever to work in Spanish politics.
Boasting of his team's technical expertise, Blanco said they
had conducted extensive focus group sessions all over Spain
and would develop specific policy positions to reflect the
interests of the voting public. Blanco confidentially
expressed his certainty that the PSOE had the clear advantage
in the campaign, citing weekly polls consistently in favor of
Zapatero, and estimated a winning margin of 6-7 points over
Rajoy based on current data. Blanco also said the polls were
trending upwards over the last several weeks.

3.(C) Acknowledging that PSOE-inclined voters tend to be
more complacent than PP voters, Blanco said he would never
make public any data showing Zapatero held a comfortable
lead. Blanco's strategy and tactics hinge on convincing the
PSOE voters that their vote is critical to prevent the PP
from regaining the Presidency. The message will be, as
Blanco framed it bluntly, "vote for the PSOE or live under
the rule of reactionary Neanderthals." He also admitted
Zapatero is already seen as too moderate by some PSOE
"left-leaners" and they might be disinclined to cast a vote
in his favor. Only by keeping the PSOE voters feeling
threatened with the possibility of a PP victory could the
strategists ensure that people will turn up at the polls on
voting day.

4.(C) Blanco noted that if PSOE does win the election, it
will bring a major turnover in the PP structure as Rajoy will
be forced to turn over the reins to another political figure.
Blanco and other officials like Elena Valenciano, PSOE
Secretary for Foreign Affairs, are counting on Zapatero's

voter appeal and what they describe as Rajoy's "wooden"
campaign style.

5.(C) In a December 4 meeting with Ana Pastor, a close
advisor to Rajoy, the Ambassador learned that the PP campaign
team was reassessing its strategy and implementing
recommendations from U.S. political consultants. In a moment
of candor, Pastor said that the PP assumed previously that
Spanish voters recognized implicitly Rajoy's intellect and
capacity, saying, "Rajoy would be a better President than he
is a candidate." PP consultants advised that voters
perceived Rajoy as distant and unsympathetic. The PP team
intends to create opportunities for Rajoy to show more
empathy and human connection with voters. They will
emphasize the importance of the family with linkages to
health, education, financial independence and security. The
PP will also continue to focus on pocketbook issues such as
rising interest rates (home ownership -- vice renting -- and
variable rate mortgages are the norm here) and inflation.
Pastor will work with Rajoy to put in place a credible
finance team that can compete with the success of current
Minister of Economy Pedro Solbes and articulate a strong

financial stability message to the electorate.


6. (C) Pastor, like other PP interlocutors, criticized the
PSOE for diminishing Spain's international prestige during
the last three years. According to Pastor, Zapatero
abandoned the transatlantic relationship and reduced Spain's
international influence. The PP would seek to expand Spain's
prestige and reaffirm key alliances. Citing missed
opportunities and mishandling of important portfolios such as
the Middle East, North Africa, Venezuela and Cuba, Pastor
admitted that foreign policy might not be a decisive issue in
the March elections. Nevertheless, she argued that increased
drug trafficking from Latin America (e.g., Venezuela) and
rising consumption in Spain could give the PP a way to tie
the PSOE's foreign policy blunders to the concerns of
ordinary voters.

7. (C) Acknowledging that all politics are local and that the
election would be won or lost on "hometown issues," Pastor
said that the "human connection" strategy would play a big
part in regional politics. Andalucia is a primary target for
getting out the vote, and the PP will play up the need for
more education and training opportunities (local press noted
Andalucia was ranked lower than Turkey in a recent education
survey). In Catalonia, the PP hopes a series of
well-publicized debacles involving public infrastructure
(commuter train interruptions and electricity blackouts) will
lead Catalan voters (who are unlikely to vote for the PP in
any circumstance) to stay home on election day.

8.(C) During a lunch hosted by the DCM with five members of
the PP electoral committee, the guests recognized Rajoy was
behind in the polls but claimed to take comfort from the fact
that the polls failed to predict their strong showing in
Spain's May 2005 municipal elections. The advisors theorized
the campaign would be fought hardest in about 20 cities where
congressional seats are won or lost by a handful of votes.
Each party will put its most charismatic candidates on the
ballots in these key areas (e.g., Valencia). The PP team
said their campaign would focus on a softening economy,
Zapatero's alleged weakness in the face of Basque and Catalan
demands for more autonomy and fiscal privileges, and rising
concerns over immigration.

9.(C) If PP did win the election, Ignacio Astarloa, PP
Executive Secretary for Security and Justice, has been
mentioned to us as the potential Minister of Interior (among
others by Astarloa himself) and Angel Acebes, PP General
Secretary has been mentioned as Vice President and senior


SIPDIS
policy advisor. There has been hedging about who might be
Minister of Foreign Affairs, with a hint that that PP
insiders such as Jorge Moragas or Gustavo Aristegui might be
passed over in favor of a senior career diplomat.


10.(C) Astarloa told us he expects the March election to be
close (within two to three percent). He declined to
speculate as to which party was ahead at this point, but he
admitted what many observers have noted: the PP might have
overplayed its hand during the last eighteen months with its
harsh criticism of the PSOE for being soft on terrorism.

Nevertheless, he believed Rajoy had much more credibility
than Zapatero on security issues, and that, combined with
effective messages on the economy and immigration, could win
the day. Like Pastor, he emphasized framing issues in a way
that connected with voters and cited immigration as one such
issue. He noted the rising number of immigrants was
beginning to affect ordinary Spaniards as they sought access
to social services such as health and education. He also
believed immigration could be linked to law and order
concerns such as gang violence.

11.(C) While the general sense seems to be that the PSOE is
slightly ahead, it is too early to make predictions. Rajoy
has so far failed to land any body blows on Zapatero.
Instead, the PSOE has had some success (thanks in part to PP
missteps) in depicting the PP as mean-spirited and needlessly
divisive. Nevertheless, Spanish voters will not get serious
about this campaign until January or even February. Rajoy
still has time to get his message across (it appears there
will be two televised debates). There is also the very real
possibility that the softening economy, especially if
unemployment jumps, will spook the voters. Finally, a boring
or negative campaign could suppress turnout, which everyone
seems to believe could hand the PP a victory.

12.(C) A lurking issue for the PP is that even if it beats
the PSOE, it may not win enough seats to govern without
forming alliances with other parties. There are 350 seats in
Congress, and 176 are required to govern. In 2004, the PSOE
won 164, the PP 148, CiU (the main Catalan party) ten, ERC
(another Catalan party) eight, the PNV (the main Basque
party) seven, the IU (far left) five, and smaller parties a
total of eight. The PSOE combined with ERC and IU to add 13
to their total of 164. The PP electoral committee has
acknowledged to us they might have to seek alliances with the
Catalan or Basque parties to govern, but it is far from
certain that parties from the same regions the PP criticizes
for demanding too much autonomy from the central government
will ally themselves with the PP if the time comes.
Certainly they would try to exact a heavy price.

13.(C) Finally, there is the unexpected. The terrorist
attacks three days before the 2004 election probably cost the
PP the presidency (certainly that is what the PP believes).
With the polls so close, no one can rule out some unforeseen
event that would turn the campaigns upside down. Whatever
the case, we will be watching closely. 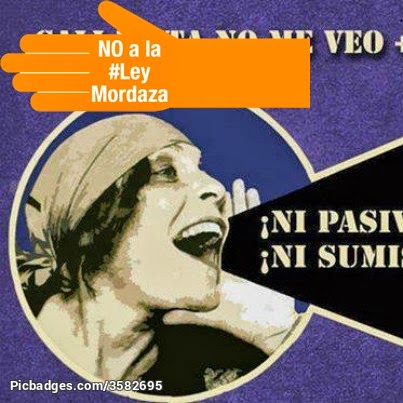 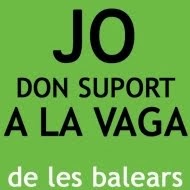 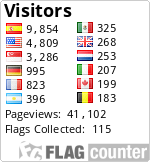